From his early days at 2SM then 2MMM the Sydney radio scene was complete with the talents of John”Happy Jack” Carroll at 2Day FM later on in the eighties he was again a part of the inaugural on-air team at 105.3 NEW FM Newcastle, even today a very distinctive voice and a fellow classic rock devotee, who names some of the Doobie Bros, namely Jeff (skunk) Baxter as one of his faves

The commercials in this are special as well, if you follow the leading talents in the 80’s voiceover world, you’ll know who I refer to 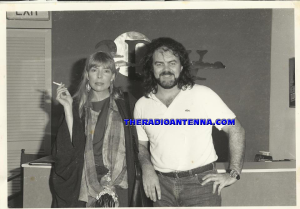